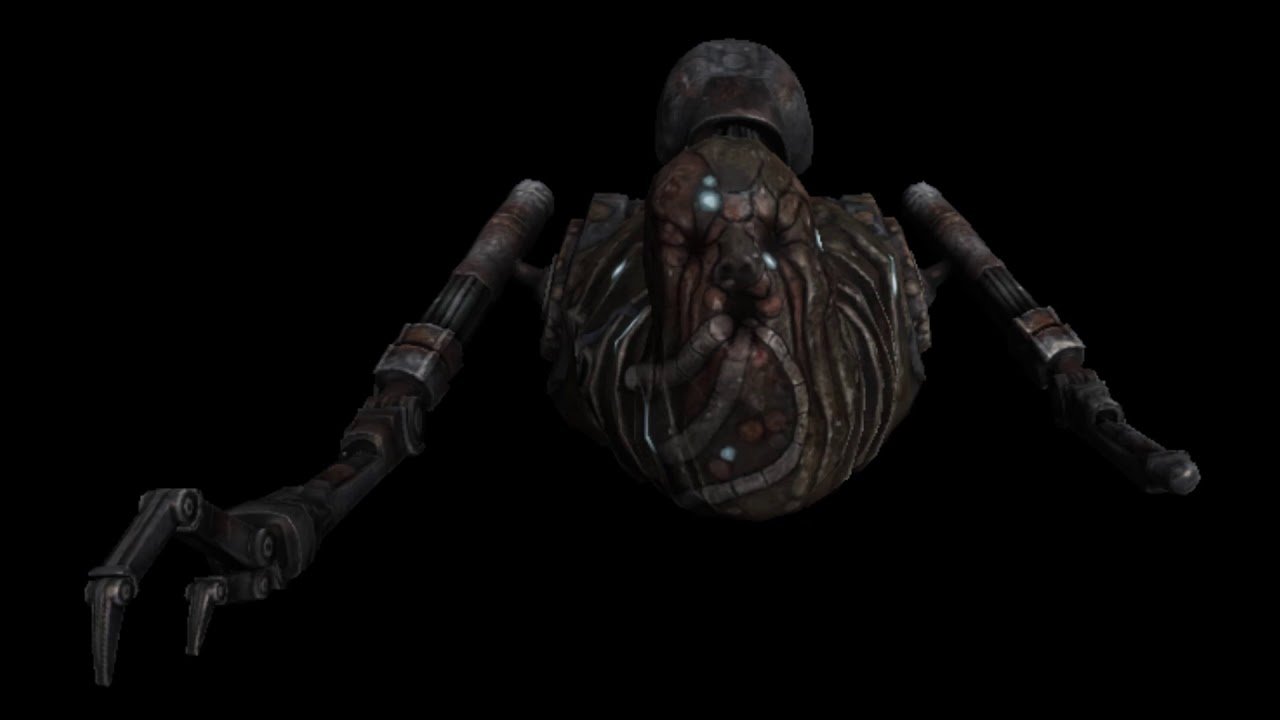 Again, the whole section was more of a test of patience than anything else, and the chase at the end felt incredibly forced - because now, for some reason, the guy wants to twist your insides out and chases you through the whole place, when before, he couldn't give less of a damn whether you did the polka right in his face as long as you weren't looking at him funny. I am sure they will still be dreadful, as they should be. It can also open doors. Anyway I survived encounters with them out of pure luck and a lot of running around blindly, kinda scarier than hiding from them since you never know when luck will run out. But that fear of discovery and death to follow was always there, a black, tarry smudge that always stuck with you because of your knowledge that monsters were present, potentially around every corner. While Akers is not seen again after this, Akers was killed when the tunnel was flushed, as revealed by map information where Simon was going to see his corpse after waking up outside of Omicron. The on-site doctor Nadine Masters took several scans and performed an examination, and started writing a report on her office terminal declaring that, due to the heavy mutation and gel infestation ravaging his body, he was unlikely to ever awaken.

SOMA is coming to Xbox One

Our goal has been for Safe Mode to not feel like a cheat, but for it to be a genuine way of experiencing the game. I guess I'll be the exception and say I like the monsters. I tried my best finding all enemy encounters even found a few I didn't know about myself , so I hope I cleared everything out. You will end up in a room with several doors, and a monster patrolling the area - it's pitch-black here, and given the fact that a monster is travelling around the area using the flashlight is a no-no. Additionaly, I don't know the official names of a few monsters a couple of them only , so I'll just use my own ones. Simon even communicates with him when you are almost at the end of the game. 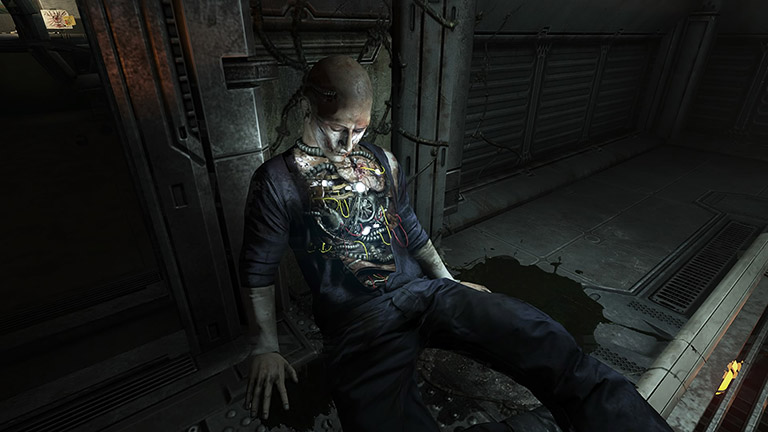 . It should kill you in quite a few hits if I remember well since he is the first guy you meet , so you don't need to stress about being killed in one hit. This suggests that they're imaginary - or viruses, if Simon's a computer. In the opposite corner of the room looking from the entrance you will see a small metal box. Daniel Berman who is also a writer has agreed to do color flats for me. 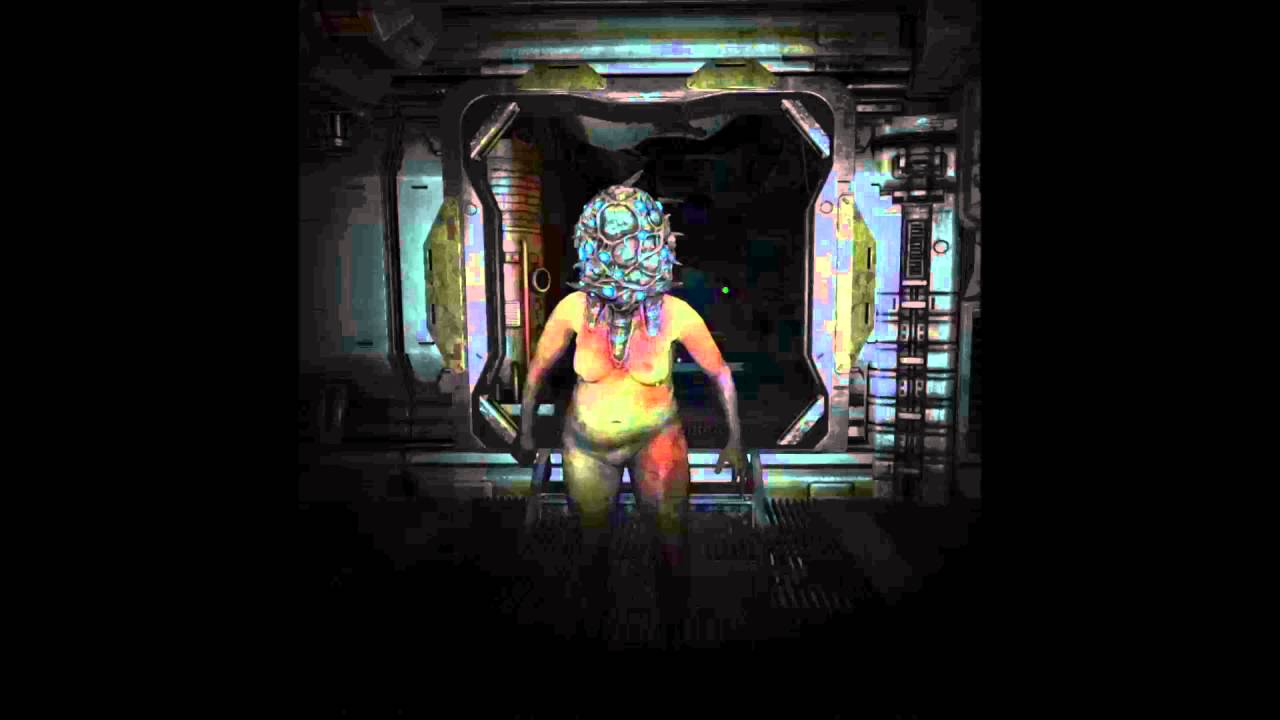 Correct me if I'm wrong, but I don't think that should be the reaction a psychological horror game provokes. I only played the game with the monster sections and it was an unbelievable game. Actually, according to the lore there are five. What does all of this have to do with the monsters, though? Coming of age as a woman is kind of supernatural all on its own I speak as a woman who once, you know, became a woman. Then i enter correct game path. 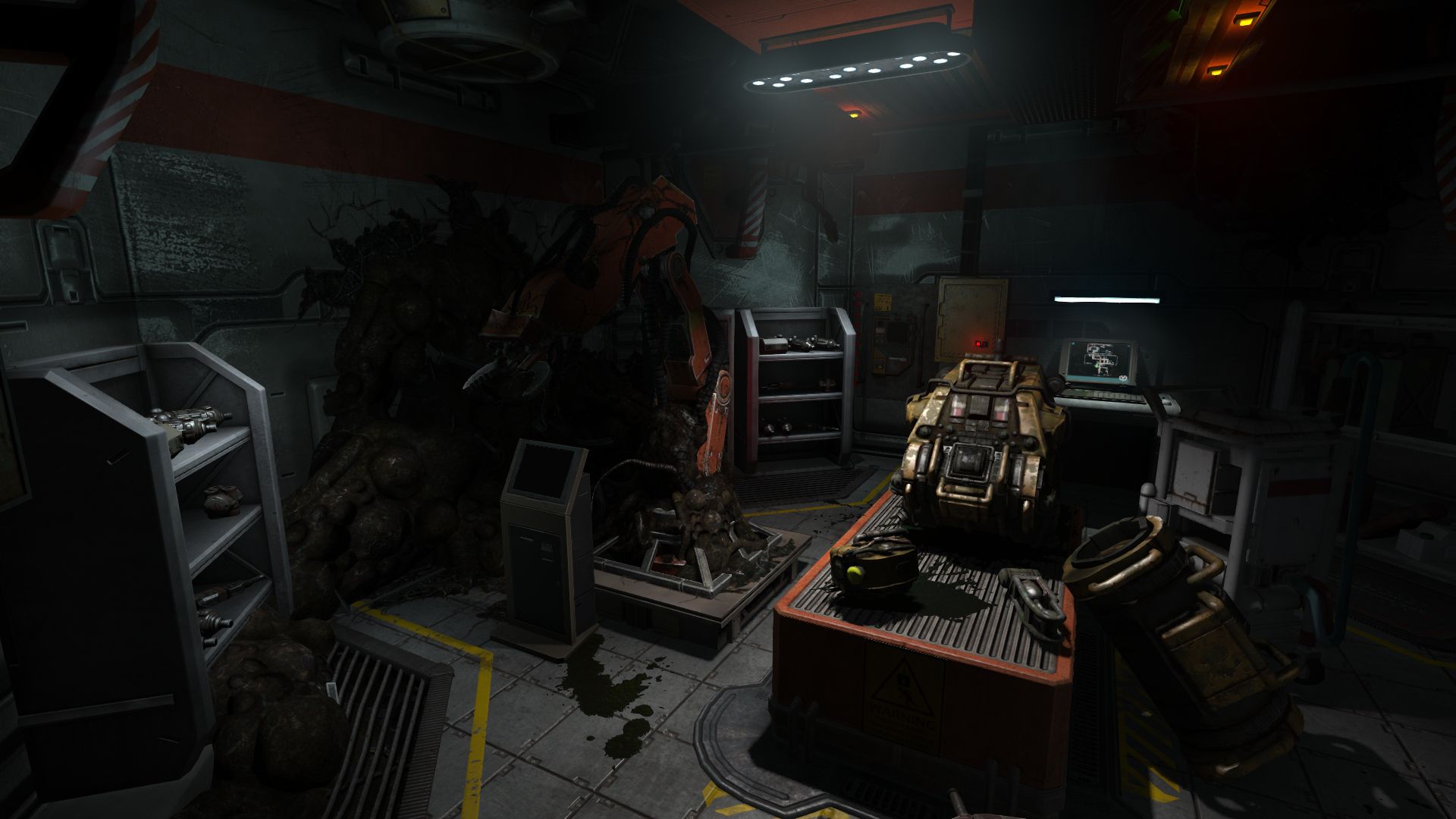 There is also another reason. I could actually see using no monster mode on later playthroughs to fully explore the world though. You can either run or just crouch past her, there is enough time to outrun her if she get angry. It is kind of interesting to see how people get so upset about a change in presentation and not much else. This guy can also hear things from other side of the room where you will encounter it first time and in other cases too. But instead made me look at them as an annoying 1 hit kill obstacle courses. I didn't get the time to replay the game after fixing bits where stuff like heartbeating or breathing was still leftover, or some scary music still happening.

When the character is conscious again, climb up the ladder to get to the new location. Akers ambushed them upon arrival, overpowering the entire party and cutting off their communications before they could warn Theta. In case the enemy won't let you move further, pick up one of the junk items lying on the ground and throw it somewhere to lure the monster away. Soma: I don't know if there are any that we wanted to avoid per se -- I wanted her to be smart, figure it out quickly and not anguish over it so much. Alternatively, feel free to tell me why you think I'm wrong, or whether I'm not considering something important.

SOMA: The WAU, the Monsters, and You. 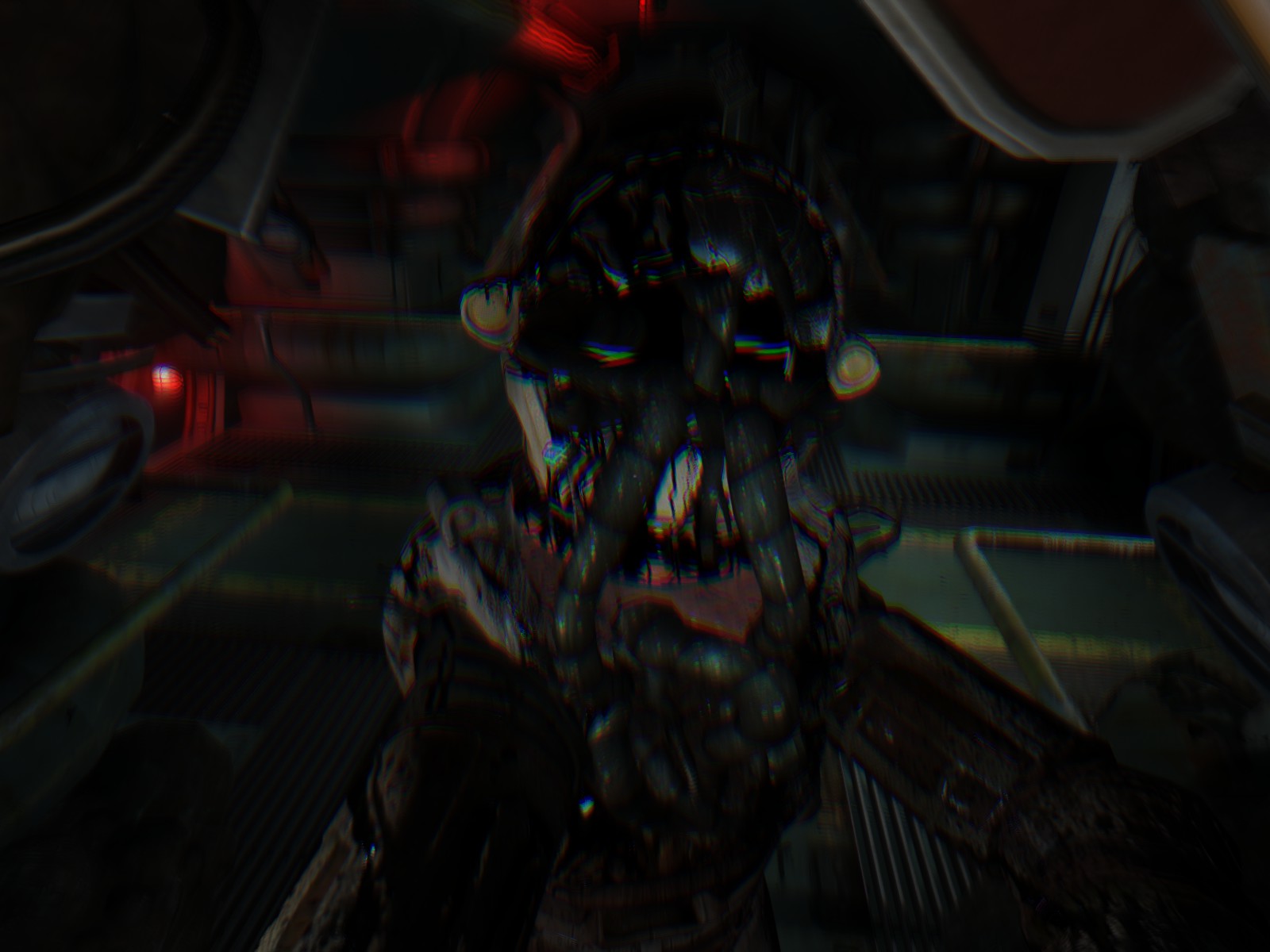 If you really don't like a little dose of tension in your game though, I think the story is still worth experiencing even without those encounters. The reason is succeeds with Simon is because Simon sees himself as a human originally. I have a ton of games I need to blast through and this sounds great, but does the removal of the monsters take anything away from the game? Simon is given free reign to poke around, figure out how he got where he is and how to get out of said situation. Steam Workshop is more for campaigns and addons, not for assets. You will spot this guy easily in dark hallways. Just crouch and move slowly. 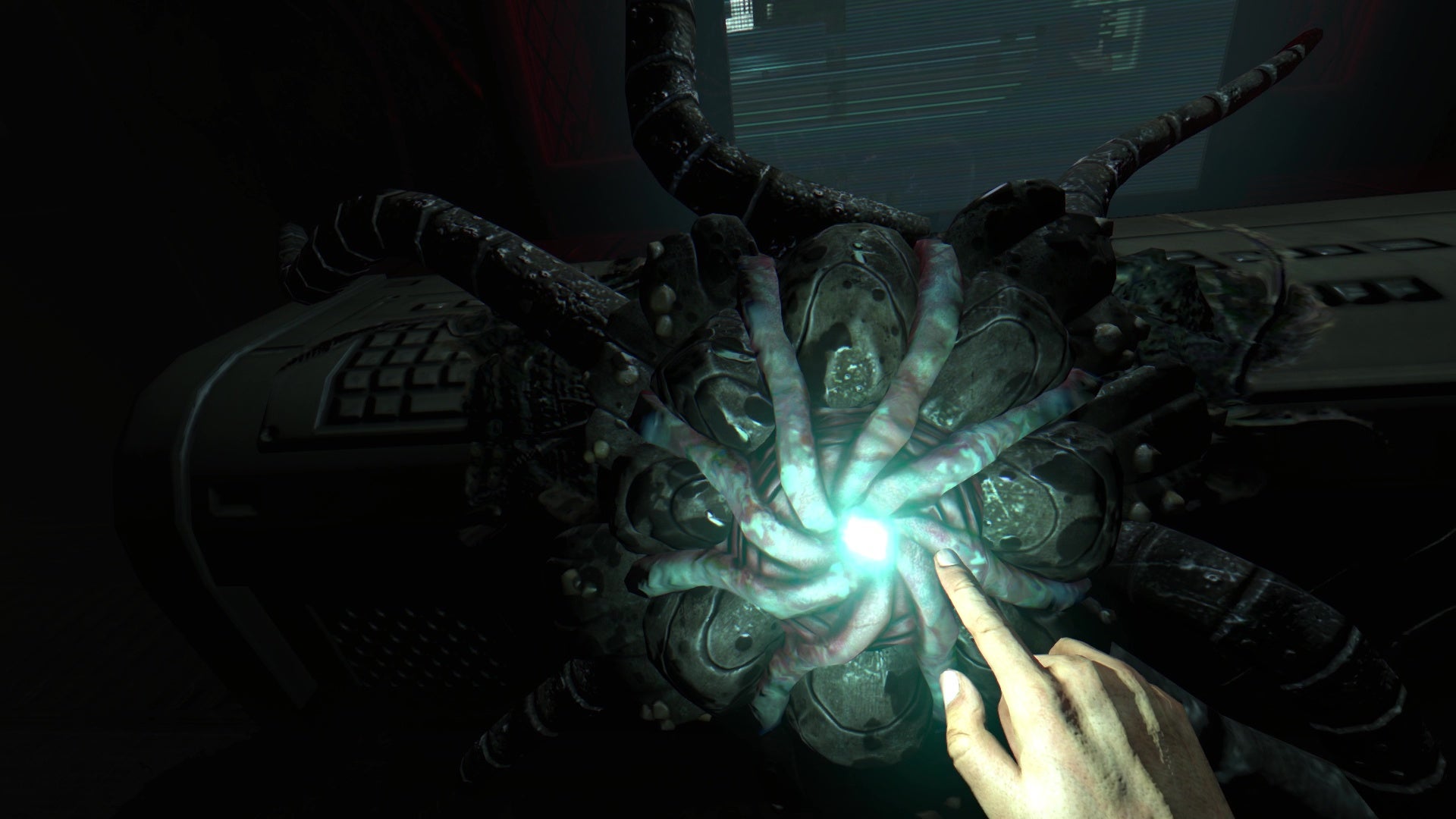 One viperfish looking at the player. I also appreciate the warnings at the beginning, cause I wouldn't want people to get this glorious game ruined by spoilers lol I'm not sure flashlight sensitivity is the cause of being caught by proxies. You will see it first time after talking to Catherine, but you will hear it before that in the start of the game. He first needs to use the elevator near the laboratories to escape the complex, but Akers is roaming through the area, and when Simon does reach the elevator he finds its connector chip missing. In Penumbra, your screen freaks out because the character cant remember his name stresses out. When it catches up on you just look at it again and do some more moonwalk. While walking backwards, it will slowly follow you, this is a great chance to close any doors between you, which also gives you an opportunity to make a quick sprint.

You will see one or two of these at Omicron. The proxy that's between you and the elevator was that Akers? I'm just happy more people get to experience such a great game. Head towards the room straight ahead, where you can switch the power back on. According to the game files, this dude is called the Deep Sea Diver. Oeming: It's obviously a ripe ground for metaphors, what it's like once you have sex, the world changes.